Coordination of Association for Children in Croatia

National network of civil society organisations in the Republic of Croatia, which is concerned with improving the status of children in the national legal system, and public advocacy to improve policies on children in accordance with European and international standards.

International network of child helplines operating worldwide. It includes more than 180 helplines from over 140 countries. The strategic goal of this network is to facilitate access to child helplines for as many children and young people as possible, as well as to respect and learn from their opinions for the purposes of public advocacy for improved children’s services.

International network of more than 1,400 organisations from 130 countries which brings together organisations that promote and protect children’s rights and advocate for their implementation. This network aims to disseminate information about the Convention on the Rights of the Child among non-governmental organizations and UN offices and agencies, as well as educational institutions and experts on children’s rights.

ISPCAN (International Society for the Prevention of Child Abuse and Neglect)

International Association of professionals and organisations dedicated to the protection of children from abuse and neglect, founded in 1977, with the aim of preventing all forms of cruelty to children.

American association bringing together experts in the field of child abuse prevention, in order to raise awareness further and educate the professional community on the issue.

The signatories of the Memorandum are: Brave Phone NGO, Croatia; National Children’s Line Serbia – Serbia NADEL; First Children Embassy in the world ˝Megjashi˝ ‘SOS phone for children and youth’ – Skopje; Slovenia Friends of Youth Association ‘TOM – telephone for children and youth’; and the NGO ‘Putting Children First’- a confidential phone for children, Podgorica. The aim of the Memorandum is to establish and improve the cooperation and work of children’s helplines in South Eastern Europe, through the creation of an informal network of “Children’s helplines of South Eastern Europe”, and through the exchange of experiences, knowledge and good practice in the signatory states, in order to raise the standard of quality of telephone and electronic counselling.

The work of the organisation has been recognised by the general public, but also by experts. For example, in a study by the Academy for Educational Development (AED) in 2006 on the attitudes of the public to the work of non-governmental organizations, Brave Phone was the second most recognised organisation in the Republic of Croatia.

The programme Children’s House Borovje is included as an example of good practice as one of 14 model programmes in the publication “The standards of prevention of behavioural disorders among children and youth”, published by the State Office for the Protection of Family, Maternity and Youth and the Croatian Government Committee for the Prevention of Behavioural Disorders in Children and Young People (the programme was evaluated twice in a period of 5 years and showed exceptional standards of quality maintenance). 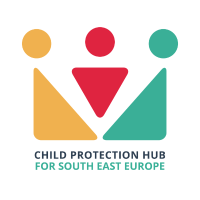